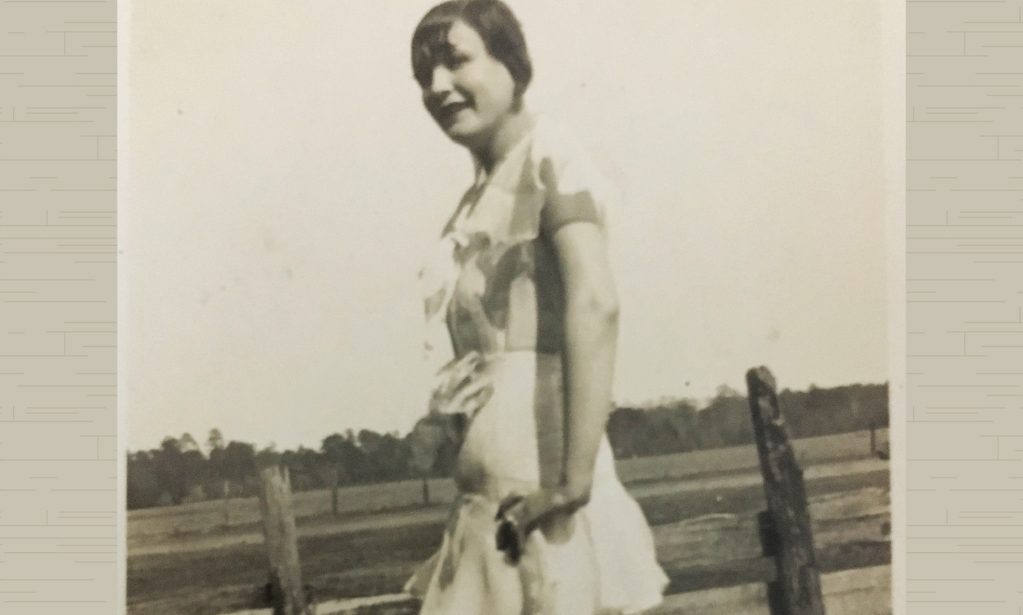 I get too emotional about things. Always have. In fact, one of my best friends gave me a little pink sign for my cubicle wall that has “Just Slightly Dramatic” painted in white curly letters on the front. It is a facetious understatement.

In fifth grade, I overheard my parents and their friends discussing local politics. I didn’t like what I was hearing and decided to write a letter to the politician expressing my disappointment and frustration. I’d thought he was a good guy. I gave the sealed, addressed and stamped letter to my father to mail feeling very proud of myself, believing with my whole heart that this well-written letter would most certainly make an impact. Daddy explained years later that just before he dropped my letter in the mailbox, a little voice told him he should probably open it. All these years later, he still has that letter in his desk drawer at home. I specifically remember one line written in blue ink and very careful cursive writing, “It has come to my attention that you have some unsanitary supporters.” Unsanitary supporters. Nice.

My own children love for me to tell the story of how I handled being picked on in middle school. I had wild, naturally curly red hair and wore glasses. I was incredibly fair-skinned, freckled and a bookworm. I was un-athletic and as bossy then as I am now. It wasn’t a fortuitous combo for a middle schooler.

Around sixth grade, I decided that I’d had my feelings hurt for the last time. So, when I got home from school on this spring day, I put on my brand-new pajamas that the Easter bunny had brought just weeks before. They were white with little pink rosebuds and a white eyelet ruffle across the chest. I thought they were very fancy. I climbed onto my bed, folded my arms across my chest mummy-style, put one of Mama’s Johnny Rivers’ albums on the record player and willed myself to die. Ginny came into my room, took one look, rolled her eyes, and left me alone to go watch cartoons in the living room.

Eventually, I heard Mama’s car pull into the yard. She came inside the house and I listened to Ginny explain what I was doing – all wrong. Seconds later, Mama opened the door to my darkened room, stood by my bed and said, “Now, what is all this about exactly?” I explained, never moving my arms from their mummy position. I knew she would be devastated. Instead, Mama let out an exasperated sigh, put her hands on her hips and said, “Well, I have too much to do for you to will yourself to die today. Get up and help me cook supper.” That was the end of that.

Mama never called me quixotic. She is a believer in tough love. She claimed I was over-dramatic and full of righteous indignation, and she didn’t mean it as a compliment. She also said I must’ve gotten it from Daddy’s side of the family because the Baker’s don’t “go in for all that.”

Part of a Southerner’s charm is in the figuring out from where personality traits descend. As Mama says, “You got it from somewhere.” My dramatics likely came from Nanny, my paternal grandmother. Daddy and Aunt Evelyn claim Nanny could turn everything into a big deal. Daddy says she could be overly maudlin about things. Her glass was never half-full. Nanny didn’t mince words. She called things as she saw them. She was quick to pop a backside if need be. She could hurt feelings and sometimes she did it on purpose.

I thought she was fantastic. She and Pops lived right across the road from us all their lives, so they were as familiar to Ginny and me as our own parents. We spent lots of time together. After Ginny was born, she was Pops’ baby, so I was Nanny’s.

Nanny had lots of friends in our community, but one of her best friends was Toy Adkins. Miss Toy had a camp house that shared a yard with Nanny and Pops’ on the Itchuaway-Notchuway Creek. She also had a beach house within rock throwing distance from the house Pops built in the early 1960s at Sunnyside Beach in Panama City. When I was little, Miss Toy, Nanny, and Pops would all go to the beach together. In the evenings after supper, they’d play cards. They made friends down at the beach, too: The Deatta’s from Australia, The Duncan’s and the England’s from Alabama and Mrs. Todd from Vermont who would sometimes bring us maple syrup.

Nanny was competitive and good at most any card game. She taught me how to play Solitaire before I could read. Once I could hold my cards by myself and promised not to talk too much, she and Pops let me play Setback with their friends.

She loved being a part of the Eastern Star and was Worthy Grand Matron a time or two, once asking me to be her Sweetheart for her installation ceremony.

Nanny was exceptionally good at math, had a head for business, and did “figures” in her head. A child of the Great Depression, she could pinch a penny tighter than most anyone I’ve ever known. She hated debt and paid for most everything in cash. She balanced her checkbook with a finely sharpened pencil at the dining room table and if she were off – even by a penny – she would call the house and ask me to come over and “find” it. I wouldn’t go home until I did.

She didn’t garden, but she and Pops kept a neat yard. Sometimes she’d give me a nickel for every pine cone I picked up. She liked a routine: hair done at the same time, with the same stylist, in the same way, groceries at the same stores on the same day of the week, church every Sunday. She couldn’t sing very well and was a teetotaler (except for Miss Toy’s eggnog at Christmas) but taught me all the words to “Give Me that Good ‘Ole Mountain Dew.” We sang it together – badly and loud – in the truck with the windows rolled down, hot summer breeze blowing the gnats away, coming home from the camp.

She wasn’t a remarkable cook, but she had specific dishes we all looked forward to pineapple cake, pound cake, cathead biscuits with her homemade fig preserves, Irish potatoes, green beans cooked practically to mush.

She crocheted all the time, usually afghans in strange color combinations like purple, gold and brown. She also crocheted bedroom shoes that didn’t really keep your feet warm, what with all the holes.  She tried to teach me how, but I didn’t have the patience. I asked her if she’d crochet me an all-white afghan for my someday house. I still have it.

She was a night-owl and didn’t mind sleeping a little later in the morning. She liked swimming in the pool Pops dugout and had poured in their backyard under an enormous oak tree. The well-water that filled the pool every summer was so cold it would make our lips turn blue. When she was a young mother, Nanny would iron for a little while and then go get in the pool and then iron a little more and go back to the pool trying to stay comfortable in the humid and sticky-hot South Georgia summers. Somehow, she taught me how to swim the butterfly stroke without ever getting her hair wet.

Nanny smelled like Coty face powder and Aqua-Net. She had long fingernails that she would only let me polish with clear polish. Tall and big-boned, she wore bright colors and big jewelry well. She’s the only woman I’ve ever known whose lipstick had a flat top. She was not a beautiful woman, but she was resilient and strong. Although he looks more like Pops, I see her sometimes in Daddy’s eyes or in the way he holds his mouth when he’s angry or hurt.

She was not a romantic. In fact, she said she didn’t watch “the stories” (soap operas) because she said they were vile. After Pops died she told me once, “I might remarry if it weren’t for all the kissin’.” I was surprised and said, “Poor Pops!” Her only reply was to give me a sideways smile.

Nanny didn’t tilt at windmills or have unrealistic expectations about things like I do. That just wasn’t who she ever was, but every now and then I’m so much like her Daddy calls me by her nickname: Nancy. It’s usually when I’m “big talking” or have cut my eyes and pointed my finger the way she would to “get on” somebody. He doesn’t mean it as a compliment.

I don’t care. She was fantastic, and I tell him so, too.