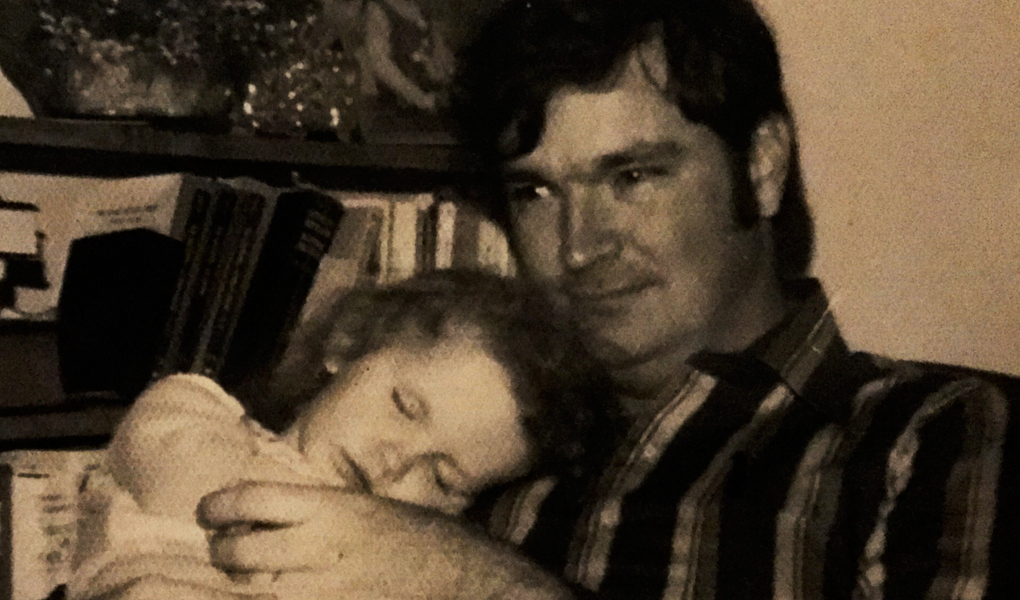 Daddy is well-read, competitive, a jam-up storyteller, and fiercely loyal, but his qualities that shape me most are his consistently high-standards, humility, and certainly his integrity. When Ginny and I were little, his most frequent adages were:

You can talk to me about anything.

I can stand anything but a lie.

I love you beyond all telling.

Your reputation is worth more than anything else.

Never make a decision based on emotion-good or bad.

There were others, too:

Never run over a paper sack in the road; there could be an anvil inside.

I can show you better than I can tell you.

When you meet fair in the road, come get me.

The fruit doesn’t fall far from the tree.

Jamie often calls Daddy “Paul Bunyan” because he says I have made Daddy into a hero of legendary proportion. That’s mostly true. I recognize that about myself. I own it. I get that it’s not necessarily very healthy for any relationship, because it’s an impossible standard. To be honest, I really don’t care. Paul Bunyan, Kent Sanders-tomato, tomahto.

I’m not an idiot. I know he has flaws. Of course, he does, but you better not try to tell me what they are.

Ginny and I have long recognized that we are very lucky. Parenting has never, ever been a quid pro quo for my parents. They love us truly without condition. I value their opinions over most everyone else’s. It has been my experience that they are rarely ever wrong in their judgments, and their advice is historically sound.

On Sunday, Mama, Daddy, and I found ourselves alone in the car together-a rare occurrence. I’m not exactly sure how it happened, but in the ten miles we shared, Daddy and I found each other on opposite sides of a fence around which we are usually so careful to tiptoe.

We took deep breaths. We tried not to raise our voices. His face was tightened into the ball I feared as a thirteen-year old-eyes wide, mouth tight, nostrils flared. His hands gripped the steering wheel. His argument didn’t make sense to me. My argument didn’t make sense to him. I spiraled quickly from calm, controlled, righteous indignation to a quiet, near-hysteria, crying so hard I thought my head might explode. We tried to articulate how we felt. We tried to be calm. He was angry. I was angry.

He pulled into the Michael’s Market parking lot, so I could run in and pick up hamburger buns. It was Father’s Day, and I had promised my crew hamburgers for lunch. Still finishing his statement as we pulled into the lot, I raised my voice and fired back a rebuttal. I opened the car door, stepped into the parking lot, and slammed the door closed so hard I thought it would come off the hinges.

As soon as I did it, I was ashamed. I have never, ever slammed a door on my father before. This was a life-changer moment. I knew it. He knew it. Mama, sitting silently in the backseat, knew it too.

I bought hamburger buns with tears streaming down my face, a red nose and pink-lined lips. I was a mess. With knots in my stomach, I got back in the car. No one said a word.

When we pulled into my driveway, I sat still. I knew I couldn’t get out of the car with the air still so thick and awkward I could cut it with a knife. It was Father’s Day, remember.

I looked over at Daddy. His hands were firmly at 10 and 2. He looked straight ahead, eyes watery. I put my hand on his arm and through choked back tears I said, “Daddy, I love you. There is nothing you could do or say that would make me not love you. Nothing. I am so sorry that I was disrespectful, and I shouldn’t have slammed the door.” I felt like I was a little girl, embarrassed and ashamed, asking for forgiveness. At that moment, I didn’t care about the argument. I just wanted my little world righted again.

He looked at me with red-lidded eyes, put his hand on my cheek and cradled it in the palm of his hand, the way he has done a thousand times before. “I love you beyond all telling,” he said, a phrase he has used since I was little. We sat in the quiet for a minute and just breathed.

Before I got out of the car, I said something about there being a lifetime of love between the two of us, and that I couldn’t believe we had let a disagreement make us behave like that with each other. (More me than he.) So, we said we loved each other and agreed to disagree.

I went inside and didn’t speak about what had happened; even to Jamie, until days later. I am still turning it all over and over in my mind.

Here’s what I know:

We will continue to face difficult arguments.

True, abiding love, not unlike faith, is cumulative.

Even though it is hard, we cannot stop having difficult conversations.

When I feel like my world is upside down and left is right and dark is light, I look to literature for precedent. One of my favorite moments in Lorraine Hansberry’s “A Raisin in the Sun” comes when Walter Lee Younger has betrayed his sister Beneatha. She is furious and tells their mother, essentially, that she doesn’t love her brother anymore. Her mother answers, “There is always something left to love. And if you ain’t learned that, you ain’t learned nothing. Child, when do you think is the time to love somebody the most? When they done good and made things easy for everybody? Well then, you ain’t through learning-because that ain’t the time at all.”

And, we can always choose love. Daddy taught me that, too.