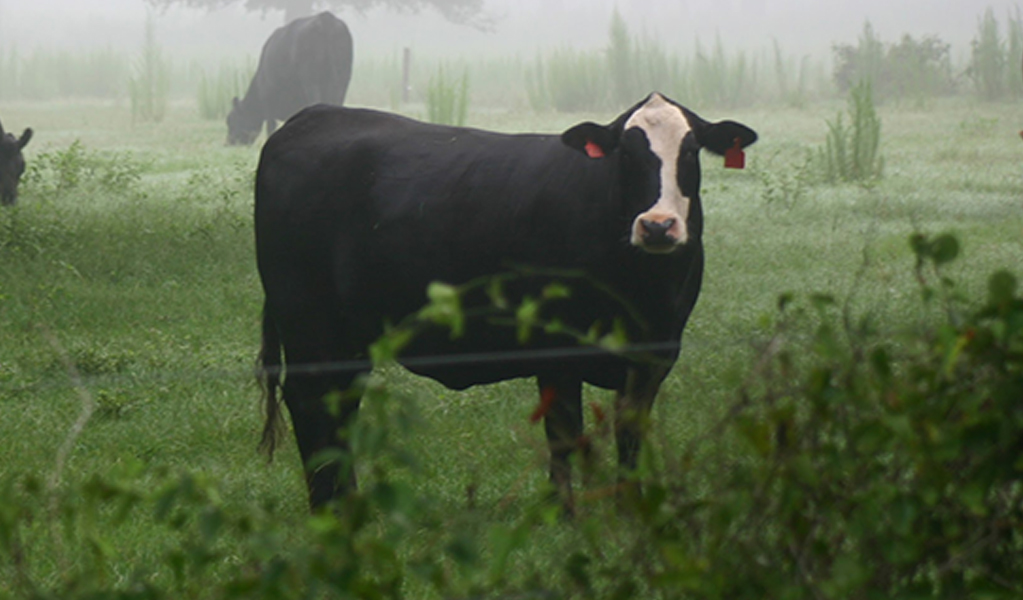 When Ginny was five, she was preoccupied with roadkill. While traveling, she kept an eye out from the back seat looking for the tell-tale dark lump on the side of the road. It drove Mama crazy.

Long before we got to whatever it was that had been hit, Ginny would ask, “Mama, what’s that dead in the road?” Mama would answer, usually with a big sigh because we live in South Georgia and there is always lots of roadkill, “Raccoon.” Ginny’s follow up question was unfailingly, “Is it a daddy raccoon or a mama raccoon?”   Mama would always answer that it was a Daddy because if she answered that it was a Mama, Ginny would freak out.

It got so bad Mama started responding first with “daddy raccoon” or “daddy armadillo” just to keep Ginny from asking the follow-up question.

The same thing happened at the dinner table. Mama would present supper and Ginny would ask, “Is this a daddy chicken or a mama chicken?” Mama always answered in the masculine. Always. The keen observer would notice our own Daddy’s shoulders sag a little lower every time.

This went on for years until one night, Daddy had enough. Ginny asked about the meat on her plate and Mama answered, as always, “It’s a daddy cow.” Daddy’s shoulders sagged, the tip of his nose got red. He looked over at Ginny and sincerely asked her, like he was talking to another grown-up, “ Why, Gin? Why does it always have to be a daddy cow? There’s really no way for us to know when we buy the meat at the store if it’s a daddy cow or a mama cow. What does it matter? I’m not even gonna tell you what veal is!” She’d hurt his feelings, but Ginny remained steadfast and unmoved, “It’s just not supposed to be the mama cow, Daddy.”

After a while, she stopped asking. I guess she decided that wasn’t something she needed to worry about anymore. So, the story of Ginny’s concern about the genders of all dead animals became a family favorite for retelling, the punchline being “daddy cow.”

Jamie Cantrell will tell you that sometimes, “Being the dad stinks.” This statement is chiseled in his pantheon of other great adages like, “Life isn’t fair. You can’t always get what you want. You should leave now while you still know everything, kid.”

Not too long ago, Jamie started using “daddy cow” as a phrase that meant he had been relegated to the low end of the totem pole. For example, if I ask him to run out to the car and get something I’ve forgotten, he stands up to go and says with a hang-dog look, “Sure. Who am I but the daddy cow?”

While planning an out of town beach weekend with some girlfriends, I mentioned to Jamie that I’d like to take “the good car.” The good car has nothing to do with make/model. It has everything to do with cleanliness, entertainment options (XM radio and iPhone pairing capability), and in this case, luggage space.

It seemed unfair to him that my traveling 140 miles to the beach would require the use of “the good car.” He made the case that he would have both children and would also be driving – a whopping twenty-two miles – to the movies and Mexican restaurant on Saturday and to church on Sunday. He didn’t hesitate to point out that while he and the boys were at church with their halos brightly polished, I would be laughing it up with mimosas and eggs benedict with my friends. Sinner.

In the end, I didn’t have to do too much persuading to get him to see my point. And he was pleased that he got to holler, “DADDY COW!!” as I pulled out of the driveway listening to my beach playlist.

According to Jamie, another example of being the daddy cow is that his additions to the grocery list are frequently forgotten. While I can’t argue that doesn’t happen, I wouldn’t say it has anything to do with his being a daddy cow.

I forget his add-ons to the grocery store list because I can’t even get out of produce before I’ve answered the dreaded, “Are you almost done, Mama?” about seventeen thousand times. In addition, Colin likes to stand with his back to me, heels precariously perched on the base of the buggy with his arms thrown behind him, little-boy fingers entwined in the cart sides, a child’s version of Leo DiCaprio’s famous pose in “Titanic.” I fully expect him to shout at the top of his lungs, “I’m King of the World!!” Alas, he can’t shout for all the complaining, “Mooom, my feet hurt. My knees are tired. When can we go home?”

By the time he gets to, “Mom, can we get Little Debbie’s? All my friends have them in their lunchboxes. Nobody but me brings tangerines.” I’m worn slap out, so I forget about the list entirely, start grabbing essentials and head for the checkout.

Mach 3 razor blades are never going to be a priority when I’m on Aisle 7 with Little Debbie’s in one hand, a bag of tangerines in the other, and Colin arguing his case like a seasoned trial lawyer to a complete stranger who looks super sweet and also like she could possibly be a grandmother, “Don’t YOU think my mom should let me have Little Debbie’s in my lunchbox?” This kid is no dummy.

Grocery shopping is one of many misconceptions I had about marriage. When I was little, grocery shopping was something we did as a family. We lived a good half hour away from the nearest grocery store and going to Albany together was an adventure. You never knew what we might find to do, and Mama, Daddy, Ginny and I loaded up almost every Saturday morning to find out.

Of course, I assumed that’s what Jamie and I would do, too. I had this notion that we would roam the aisles together, hand-in-hand, picking up stone ground mustards and squeezing ripe cantaloupe. Gazing into each other’s eyes while picking out cereal, we would feel so totally in love. Instead, our very first grocery shopping trip ended with us arguing in the middle of frozen foods over a six pack of Yoohoo’s and a frozen pizza. He hasn’t gone with me since.

Last night on my way home from work, Jamie called to ask if I would pick up some Keurig coffee pods on my way home. Sure, no problem, but not long after I hung up with him, Ginny called. I got engrossed in our conversation, talked to her the rest of the way home and totally forgot the coffee. In fact, I didn’t even think about the coffee until I woke up this morning and realized we were out.

We have a reusable pod and loose coffee to put inside, so all was not lost; but, I knew when he saw I’d forgotten, he would raise his eyes to the ceiling, shake his fists in the air over his head and exclaim, “daddy cow!!”

There is a certain amount of give-and-take in any relationship. For all my feminism, there are certain chores at our house that are relegated to the three males: take things down from the attic, clean out the garage, walk the dog, take out the garbage and change fluorescent light bulbs. Although I know I could get the Christmas tree down if I wanted to, I really appreciate it when Jamie does it. Same goes for taking the garbage can out to the end of the driveway. We don’t have a conversation about it. In fact, I don’t even think about it anymore. It just happens, like magic.

When I mentioned to him that I thought being the daddy cow had something to do with chivalry, he looked at me softly and said in his infrequently used but very soft voice that reminds me of summertime moonlight from a long time ago, “I don’t know about chivalry. I think it’s probably more about love.”

If that is the only love letter I ever receive from Jamie Cantrell, it is enough. Cheesy, yes, but true.

I don’t carry the wood in from the woodpile, or cut shrubbery. I rarely put the luggage in the car. I do set the old-fashioned mouse traps. I fold most of the laundry. I do the majority of the cooking. I will always be the cleaner of the refrigerator and official bedsheet changer. It never fails that I am most definitely the dishwasher, and It is highly unlikely that anyone besides me will ever go to the grocery store. And that is ok by me, because I will never, ever be the daddy cow.