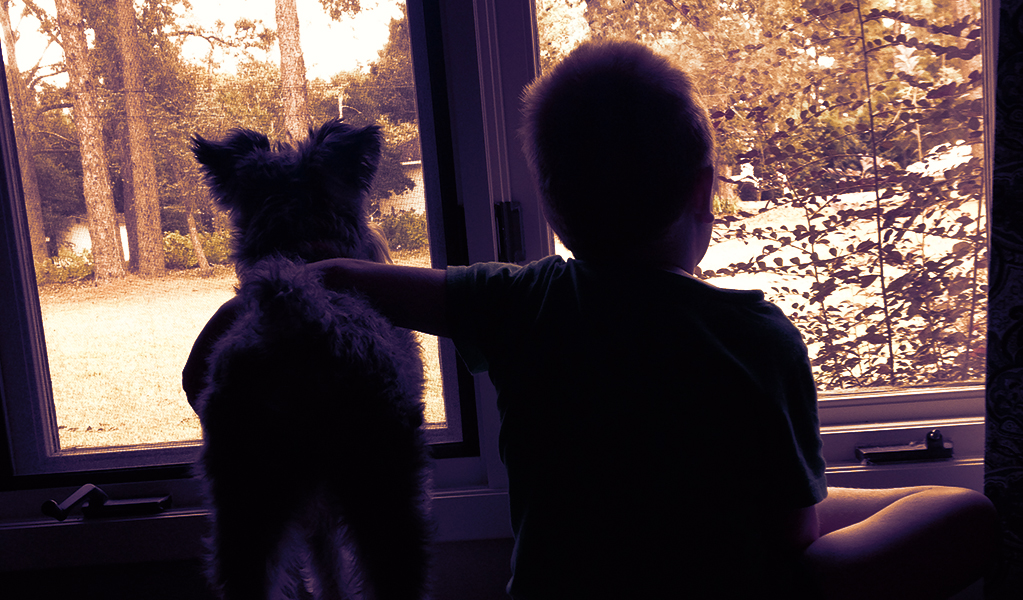 Just like nearly every other woman I know, tonight after I got home from my full-time job, I started my second full-time job. On this particular evening, in addition to the typical routine: supper prep, supper clean-up, laundry, and homework assistance, I also peeled 8 pounds of russet baking potatoes.

Loaded baked potato casserole is one of the essential side items requested for Colin’s birthday dinner. The menu also includes fish sticks with honey mustard on the side, steamed broccoli with homemade cheese sauce and something he calls ranch salad. The recipe for ranch salad for those who are curious: chopped iceberg lettuce, ranch dressing, and croutons. For dessert, he’s asked for a Dairy Queen ice cream cake.  I’ve got this.

I’ve always enjoyed peeling potatoes.  I like the weight of the potato in my hand and the way the textured, rough, dirty outside peel looks after its been scrubbed.  I’m so easily satisfied as the clean, wet flesh of the potato appears with one effortless pass of a sharp vegetable peeler.  There is something rewarding about the way in which the long strip of peel falls from the potato and into the scrap bowl.

It amazes me that something so small and simple is such an integral part of our family history.  My great-great-great grandfather’s immigration story is that at around fourteen years old and to escape the Great Irish Potato Famine, Jeremiah O’Driscoll stowed away on a boat sailing from County Cork, Ireland for Boston, Massachusetts. He had a distant relative that lived in Boston, but aside from that relation, he knew no one and had nothing.  Over time, he made his way to Alabama and it is from his bloodline that I am a descendent.  The O’Driscolls are, at least in my imagination, everything that they sound. A hearty, no-nonsense people who love music and dancing, they have a flair for the dramatic, are quick with flashes of hot temper and are hard workers. With my red hair and fair skin, I’ve always relished my claim to a little bit of our Irish heritage.

What must it have been like to leave everything he knew – both home and family, hide on a ship, sail across the Atlantic, sneak off the ship and find yourself in a completely new place? Clearly, he was unafraid to take a chance, to set a new course for himself. He was independent in spirit and possibly defiant, too, because five years after he arrived in America he signed his naturalization papers, “I, Jeremiah Driscoll (he’d dropped the O by then,) relinquish all allegiance to foreign powers,” and then he added in his own hand, “especially to the Queen.”

Colin, named with his Gaelic forefathers in mind, is in the final hurrah of what we have termed The Birthday Bonanza. Feeling a little guilty, Jamie and I wanted to be sure Colin’s 8th birthday felt like a big deal. Although he doesn’t mention it ever, Jamie and I don’t want Colin to feel as though he gets overshadowed by his big brother. So, last weekend we celebrated with a Saturday of surprises: a delicious Italian lunch at a Mom-and-Pop restaurant in Tallahassee, then ziplining at the Tallahassee Museum, after which we saw “Spiderman Into the Spiderverse.” We rounded out the evening with a hot Krispy Kreme donut pick-up on the way home.

Not for lack of trying, Cantrell extravaganza’s never quite go as planned.  Colin loved the Italian restaurant, making fast friends with our waitress. At the museum, he seemed excited about ziplining, but once we all got harnessed up and started navigating the instructional course with our leather gloves, c-clamps, and pulleys, he had grave misgivings. The instructor kept calling him, “Buddy,” which he hated.  His adventure came to an abrupt end after he failed to brake himself mid-zip and slammed into a well-padded tree trunk. I knew we were in trouble right before he jumped off the platform to zip himself into the tree.  He screwed up his little face into a serious frown, looked at me through gritted teeth and said, “I don’t wanna do this, Mama. And my name is NOT Buddy.” So, Jamie and Jack zipped the course while Colin and I played on the playground.

“Spiderman Into the Spiderverse” was quite good; however, the fight sequences were so bright and flashy and psychedelic, I was pretty sure I was going to stroke-out before movie’s end. I closed my eyes sometime before the climax and didn’t open them again until the movie was over.   By the time we left Tallahassee around 11pm, I was certain we had satisfied all possible birthday wishes – until we pulled into the garage at home and Colin said, “I’m still going to have birthday dinner at our house on my actual birthday, right?”

Why not? A person only turns eight once, and the older I get the faster it all goes.  There is no metric parents can use to determine what it is that will warm the hearts of our children when they are middle-aged with families of their own.  For me, I hold a mish-mosh of things dear: Pops letting me drive the blue truck down the dirt road, the Valentine’s Day Mama surprised Ginny and me by being home when we got off the bus with a homemade, heart-shaped Valentines Day cake; my grandmother letting me pick out “just one thing” at Winn-Dixie (I always picked the tubes full of strange smelling plastic solvent that one squirts on the tip of the tiny plastic straw which when blown very carefully inflates the goo into a balloon.)

So, I’m peeling potatoes for someone’s birthday supper on his actual birthday and thinking of Jeremiah O’Driscoll and the Great Irish Potato Famine.

At the time I found out I was pregnant with Colin, Jack was seven.  Jamie and I were convinced we weren’t going to be able to have another child.  As excited as I was, my pregnancy was a blur.  I was teaching fulltime, had Jack to look after and was considerably older than I had been the first time.

The January night before Colin was born, the temperature dropped below freezing. Meteorologists were calling for an ice storm. That afternoon it began to sleet, and road closures seemed probable.  Dear friends in Albany called and offered their guest room for the night so that we would be that much closer to the hospital the following morning.

Jamie’s parents were already in town. They’d driven their camper from Acworth and were staying just down the road at a pretty, quiet campsite on the banks of the Flint River. My sister-in-law Keisha and my sister Ginny spent the night at our house that night, so someone would be with Jack early the next morning when Jamie and I left for the hospital.  Disappointed already that the baby was to be a boy, Jack was broken-hearted that we refused to name the new baby Peter Parker. He was unsure about all the change coming to the house, so having his aunts spend the night was a balm for a frustrated seven-year-old soul.

I was to be the first c-section of the day. Unable to sleep with excitement and anticipation, Jamie and I left the house in the pitch-dark pre-dawn. Freezing rain pelted the windshield all the way into town. The bottoms of low hanging clouds reflected back the street lights throwing a weird, eerie glow into the otherwise dark sky.  Suddenly, a transformer exploded over the wet road just in front of us, showering sparks ahead of our passing. “This baby is going to be something else,” I said aloud, knowing as only mother’s can, what omens like showering sparks portend.

If bringing a brand new, life-changing little bundle into the world can ever be described as routine, Colin’s delivery was. I went into the operating room at 8 am and by 8:25 am, he was here.

The doctor announced, “Looks like you have another redhead.” Colin was long and lean – all acute angles. His complexion was clear – peaches and cream – but his feet were blue, which the doctor reassured us was relatively normal. I still believe that means he is marked for greatness, for something special, something extraordinary.

That evening, Colin’s pediatrician pronounced him “perfect,” and then sat down with us to watch Auburn beat Oregon to win the BCS National Championship football game. I’d dressed Colin in an Auburn onesie for good luck. I figure he brought them luck, too.

In the wee small hours of the night he was born, Colin awakened me with a strong, determined cry. He was dry. He didn’t want to nurse. The temperature was just right. I woke Jamie, “Do you think I should just hold him? That seems to be all he really wants. He doesn’t need anything.” Jamie lifted his head and said, “I dunno. Whatever you think,” fluffed his pillow and went back to sleep.

Colin was fretful. He didn’t want to be swaddled and kept stretching his arms out of his blankets. “What do you want, little guy?” I asked, sleepy and still moving slowly. I picked him up and cradled him in my arms. “Looks like it’s just us,” I whispered. His little face was so expressive already. I eased back into the hospital bed. “You know you can’t sleep with me, right? You have your own bassinet. I’m just going to hold you for a minute, so we can get to know each other.” He settled right in. I’m not sure how quickly we fell asleep, but five hours later I awakened with him still asleep in my arms.

For the next three years, he rarely slept out of my arms. Consequently, I don’t remember a lot from 2011-2014.

Zoom, zip, bam and here we are at 8 years old.  Colin is a creature in motion. He is a whirl, a breeze, a flash.  He is our independent thinker, our norm challenger. Not unlike Jack, he is a tender heart. He is thoughtful and ponderous. Quick on his feet, strong in his arms and legs, his heart is big and holds many mysteries.  He is curious, mostly about science, and asks questions about states of matter and supernovas.  He loves music – especially the trumpet.  A fan of good food and a good joke, he makes friends everywhere he goes.  Our next door neighbor calls Colin “The Governor” and professes Colin is a born politician.  If that’s true, I hope he always keeps the part of himself that will announce on the way to school in the morning, “Wow, Mama!  Look at the sky God painted for us today. It’s somethin’, isn’t it?”

Colin is not afraid of the devil.  He is mischievous and stubborn, hot-tempered and brave, and I am quite sure his great-great-great-great grandfather Jeremiah is so, so proud.